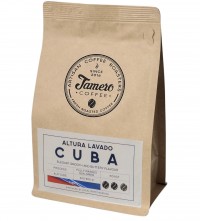 Coffee in Cuba together with cigars and rum is a kind of symbol of the island. The drink is very popular among the local population. After the revolution in the country, the coffee industry fell into decay and has not been able to satisfy even the local market for a long time. Nevertheless, Cuba exports small consignments of Arabica. Due to natural conditions, organic soils, technology of growing trees, the whole Cuban Arabica is of very high quality and has a variety of taste. Altura coffee is valued for its high caffeine content as for Arabica. A drink made from beans of this variety is obtained with a clear bitterness, thick, pleasantly tart and with a special aroma. 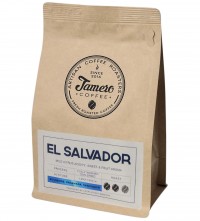 Salvador is the smallest country by area in Central America. The main export culture of El Salvador is Arabica, which peasants grow as garden trees. The climate is ideal for the cultivation of quality beans. Coffee production in the country is one of the most traditional in the world. A third of the total crop goes for export to Germany. Salvadoran coffee is lightweight. The coffee bean drink has a clean taste with a distinct acidity and a calm, mild aroma. 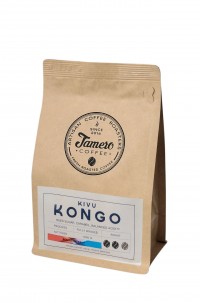 The Democratic Republic of the Congo is famous for its wonderful Arabica. Grown at an altitude of 1600-2800 meters above sea level, on numerous small plantations of the province of Kivu and East Kisai, Arabian trees do not produce abundant crops. Grain is harvested and processed wet on small farms. In order to export finished products from the interior of the mainland to the ports of the Indian coast of Africa, the resistance of local tribes has to be overcome. Of the 100 thousand tons of coffee produced in Congo, only 10% is exported. Arabica Kivu - the best representatives of African Arabica. The taste of coffee is very rich and delicate, balanced in acidity with a delicate aroma and a pleasant sweetish aftertaste. 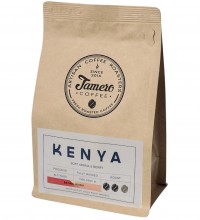 The first coffee plantations in Kenya appeared in 1898 thanks to French missionaries who brought coffee trees from Reunion Island to the country. But until 1963 in Kenya, while it remained a British colony, the cult of tea drinking reigned. After the liberation, the country's authorities took seriously the coffee industry. Thanks to an integrated approach, the introduction of modern technologies for growing and processing grain, the unification of farms and strict control over the quality of grain produced, the country was able to become a producer of high-quality African coffee. Here, on alpine plantations, on red soils with a high iron content, one of the most prestigious arabica crops is grown.
Kenyan coffee has a dense deep taste with fruity acidity and a pronounced aroma. 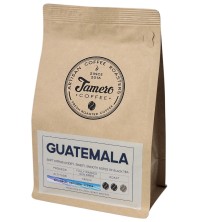 Back in the eighteenth century, monks, along with the word of God, brought coffee trees to Guatemala. Because of the scorching rays of the sun, the trees did not take root well and were planted in the shade of fruit trees. Today, one third of the country's adult population works in the coffee industry. The quality of exported grain is very good and is strictly controlled by the state, and therefore it is highly valued on world exchanges. Old varieties with their steady and recognizable taste are Guatemala's trademark. The coffee made of Guatemala beans has a complex taste with pungent smoky notes, pleasant acidity and floral aroma. 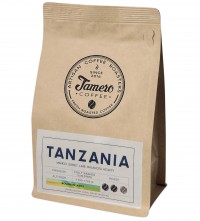 In Tanzania, near lakes Victoria and Tanganyika on the slopes of the highlands, fine coffee is grown - Tanzanian arabica. The main areas of coffee plantations are the regions of Arusha, Kilimanjaro, Mbeya. Most of the arabica is grown on the slopes of the highest mountain of the African continent Kilimanjaro, on which the world's highest volcano is located. Tanzanian coffee is very good. It has a moderate taste with light fruity notes and an unsurpassed delicate aroma. Grown on fertile volcanic soils, in tropical alpine forests, Tanzanian coffee impresses with its taste properties. 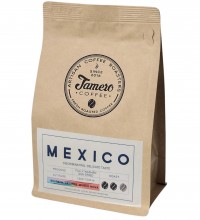 Mexico is a country whose inhabitants simply adore coffee. Every adult starts and ends the day with a cup of aromatic coffee. And in the afternoons, they are more likely to drink a cold or cooled drink. Locals prefer sweet coffee with cinnamon, often adding tequila or rum to the finished drink. Therefore, only a smaller part of the coffee produced is exported, most of which is the United States - closest neighbor. The rest of the crop is sold on the stock exchange and in Europe. Mexico produces only Arabica, under which 400 thousand hectares of land are occupied and today is in the top ten exporters. Mexican coffee is not particularly strong, but with a deep aroma, light in body and soft in taste.
Made with SimDif 2